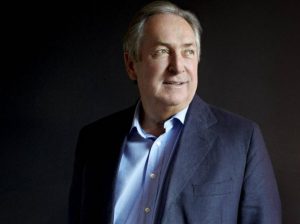 Why we hate him: Money talks and bullshit walks. In his case, his bullshit walked off with millions and he spent it on a selection of chumps, morons, Zidane look-a-likes and more defensive midfielders than you could shake a blank cheque at. Oh how I hate him.

The people of Lyon recently awoke safe in the knowledge that their team is the best in their country by a fair old distance. They had just won the league for the sixth year on the trot, while things were looking promising for more years of success as they had just announced after-tax profits of €16.7million for the first half of the 2006-07 season. Life at Lyon should have been great, but never underestimate the kind of downer that perennial choker Gerard Houllier can have on a team.

After two seasons that included dour football, Champions League capitulations at Milan and at home to Roma, as well as continuing to wear an array of awful scarves, Ged has become a hate figure for the club’s fans despite their continued success. This, of course, was not Houllier’s side; Paul le Guen had been the architect of their success for four seasons before Houllier came in to take over.

Star players like Juninho, Tiago, Eric Abidal, Florent Malouda and Gregory Coupet were all left considering their future and who could blame them. The French league has gotten to almost Scottish levels of mediocrity as one power dominates. You would have to suspect though that the manically self-adoring figure of Houllier in the dug out could hardly be helping. In the intervening months since they won the title Houllier is gone; Tiago has joined Juve, Abidal has left for Barca and Malouda to Chelsea.

Of course Houllier’s appearance in the Hate section at Okeydokefootball.com has little to do with Lyon and everything to do with the near six years he spent at Liverpool. There he turned corners, spoofed in interviews and turned a side that played football on the ground to team on their knees playing hopeful long balls towards Emile Heskey. Dark days for Liverpool fans.

Let’s just look at some of the quality quotes that peppered his time there (I’ve left out the turned corners, there’s just too many).

“Too many players were trying to score or create a goal.” “It was not a mistake, it was a blunder.” “You can’t say my team aren’t winners. They’ve proved that by finishing fourth, third and second in the last three years.” “I’m 100% certain I’ll be here next season.” Gerard Houllier, Liverpool manager, 2004 “You can’t build a cathedral in a day. A look at the club’s history tells you these things take time.”

While the last is probably the least humorous, it’s certainly the most telling about his time at Liverpool. Whatever time he had, he wanted more. He came in saying that “one day we will beat Man United”, when they finally did by finishing above them in 2002 he turned to the press, hunched his shoulders and talked about Arsenal’s superior youth policy. He needed more time to build a youth system that would do the people of Liverpool proud.

That of course was his remit when he first joined in the ridiculous speed dating set up of the joint managership with Roy Evans in 1998. He was to revolutionise the youth system and completely failed. What about his grooming of Steven Gerrard you ask? Well why not ask Gerrard himself who says that former Reds youth coach Steve Heighway was actually the man who made sure his talent was fulfilled. Such was Houllier’s massive ego that he even invented a story for the press of how he discovered Gerrard.

He told reporters that he had been sent to watch over a striking prospect in the youth side that was said to be ready for the first team. The name of that striker, who most likely didn’t even exist, is never given but time after time he told people about the “gem” he saw in midfield who he elevated to the first team the next week. It was all his hard work and to hear him you would have thought Gerrard was going to end up on the scrapheap were it not for this intervention.

Heighway tells the real story though – that Gerrard had been groomed by the academy since he was 12; indeed most of Liverpool knew about his massive talents before he even got to the youth side.

Houllier brought in also-rans from France by the bundle every season like Le Tallec, Smicer (One Night in May aside), Pongolle and, most damagingly, the Ł14 million Djibril Cisse. Then there were the disastrous post World Cup 2002 signings of Diao and Diouf. He of course blamed the failure of all of these on their attitudes; had he been around long enough to witness Cisse’s huffing and puffing whenever he was substituted he would most likely have reverted to type and said it was all the player’s fault.

When it went right it did so because of Houllier, when it went wrong it did so because of (a) outside factors he had no control over, (b) a player finding it ‘hard to settle’, or my favourite (c) not being given enough money to compete. He was given millions by a Liverpool board who must shoulder some blame for taking the shit he was shoveling at them for so long. It was a horrible mess that he had created.

The story of how he lied to Robbie Fowler and set up a young Liverpool Echo journalist to create a smear campaign against ‘God’ has been told plenty of times. Houllier’s destruction of Fowler’s self worth while he managed him was his greatest crime. He reduced the greatest finisher in the history of the Premiership to a nervous wreck, devoid of confidence never to scale such heights again. Liverpool fans can never forgive him for that.

Yes he won trophies but that was never enough. Supporting a bullshitter like Houllier sapped energy from most fans that I know and towards the end of his reign I was willing Liverpool to lose to get rid of him quicker. When someone turns fans against their own team that’s a man who deserves to be hated.